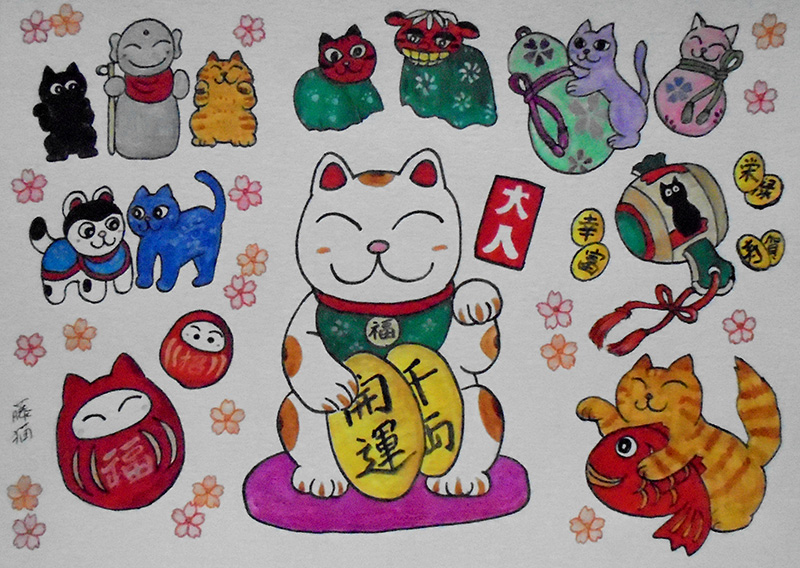 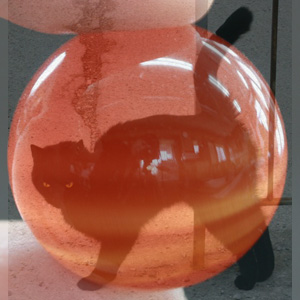 Cat’s Eye is known as a power stone, which shines like real cat’s eye.
In many countries, including Japan, it is believed that cat’s eye has power to protect people

from evil spirits and lead them to right direction of lives, so many people wear cat’s eye

as accessories or display it in their houses as lucky charms. 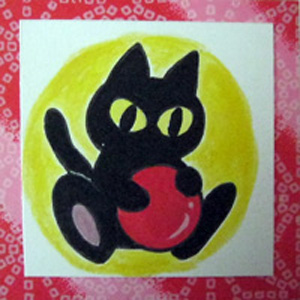 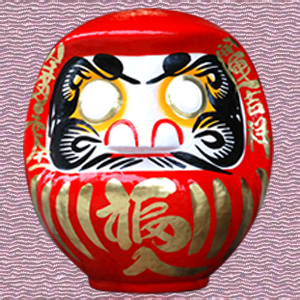 It is round on the bottom and it will automatically regain its balance after being tipped over.

It brings good luck in business and for school exams.
Daruma dolls also known as dharma dolls, are hollow and round Japanese wish dolls with no arms or legs,

modelled after Bodhidharma, the founder and first patriarch of Zen.

Typical colors are red (most common), yellow, green, and white.

The doll has a face with a moustache and beard, but its eyes only contain the color white.

Using black ink, one fills in a single circular eye while thinking of a wish.

Should the wish later come true, the second eye is filled in.

It is traditional to fill in the right eye first; the left eye is left blank until the wish is fulfilled. 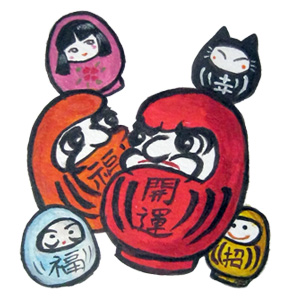 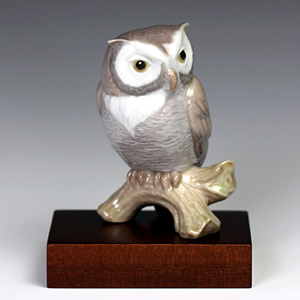 Fukurou (owl) is loved in Japan as a lucky bird.

“Fuku” means “Fortune” in Japanese, so it is said

that Fukurou’s “Fuku” sounds also lucky.
In Japan, an ornament of owl is often gifted

as a token of appreciation. 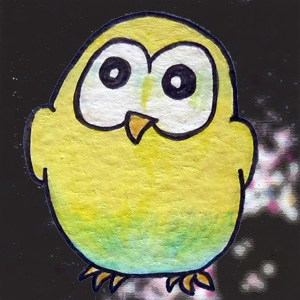 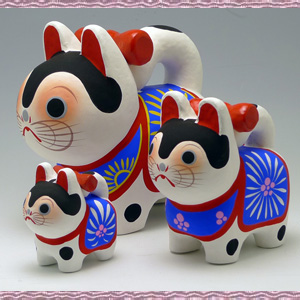 Inuhariko (papier mache dog) is the charm for protection.

A charm believed to offer protection for a safe birth and good luck for babies.

It is good gift for a baby shower. 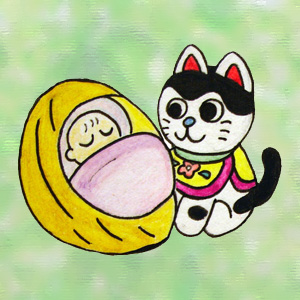 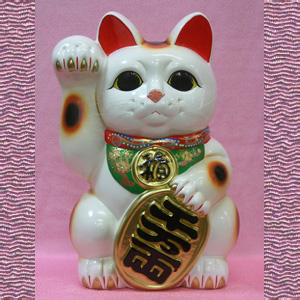 is a common Japanese sculpture, often made of porcelain or ceramic,

which is believed to bring good luck to the owner.

The sculpture depicts a cat (traditionally a Japanese Bobtail) beckoning with an upright paw,

and is usually displayed—many times at the entrance—in shops, restaurants,

pachinko parlors, and other businesses.

Some of the sculptures are electric or battery-powered and have a slow-moving paw beckoning.

In the design of the sculptures, a raised right paw supposedly attracts money, 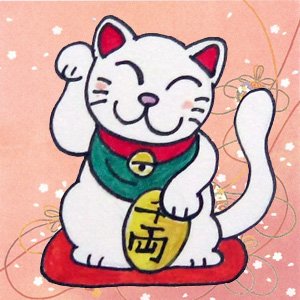 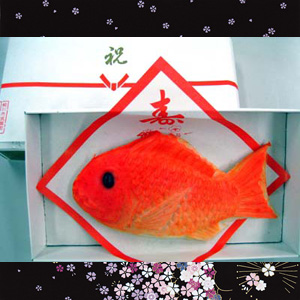 Tai (sea bream) is prized as “the king of fish” for its beautiful shape and tastiness.

tai is considered as auspicious fish for wedding and other Celebrations. 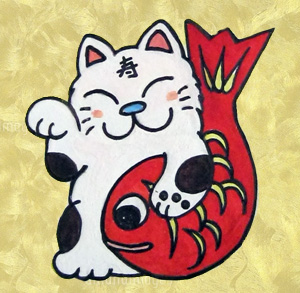 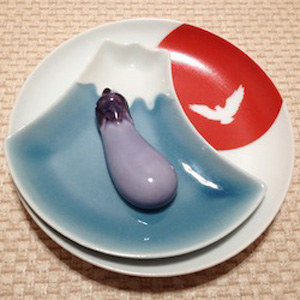 Nasubi (Eggplant) is pronounced the same as accomplishment in Japanese.

It is good luck for achievement.
Also, in Japan, it is believed that you will have a good year if you have these auspicious dreams, 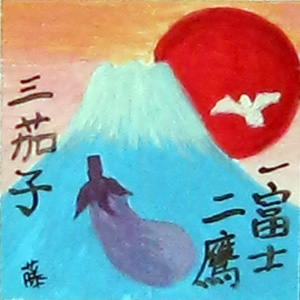 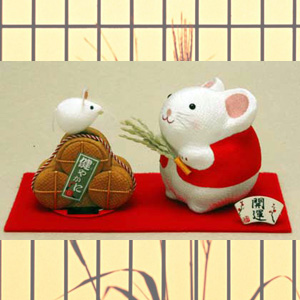 Japanese people believe that the mouse has a special gift to go back and forth to heaven.
It is also the symbol of reliability, carefulness, savings and the prosperity of family. 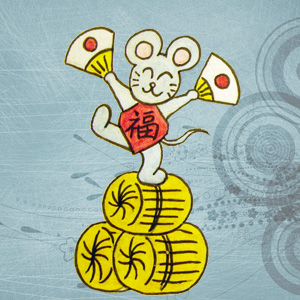 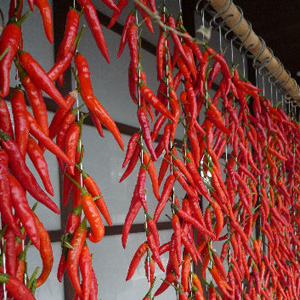 In Japan and some Asian countries, it is believed that

Red Peppers have power to protect people from house devils, goblins and monsters

and to get rid of evil sprits from human beings.
On certain days, some families in Japan display red peppers

on their main gate to protect their house from some devils. 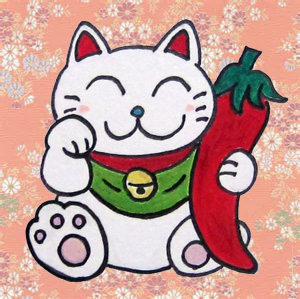 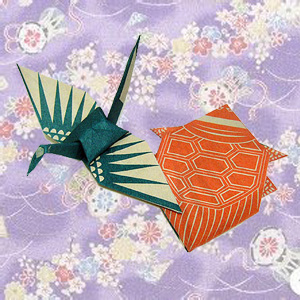 In Japan, the crane and the tortoise are considered auspicious animals

that symbolize longevity and happiness.

They are often depicted in pictures related to celebratory occasions. 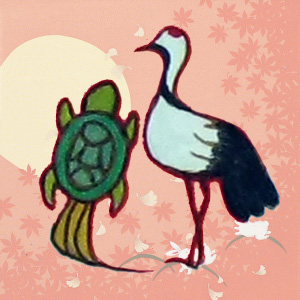 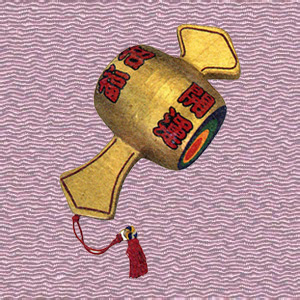 Uchide no KozuchiTsuru to Kame

Uchide no Kozuchi is a legendary Japanese Harmer,

and translates as "Small Magic Hammer."
The harmer is said to be very small, and swinging it grants it's holder's wishes.
It plays an important part of "Issun Boshi",

which is one of most famous Japanese folk tales. 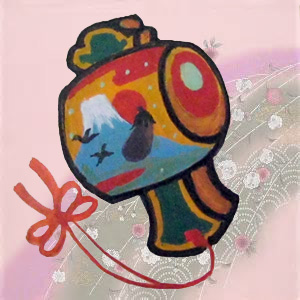 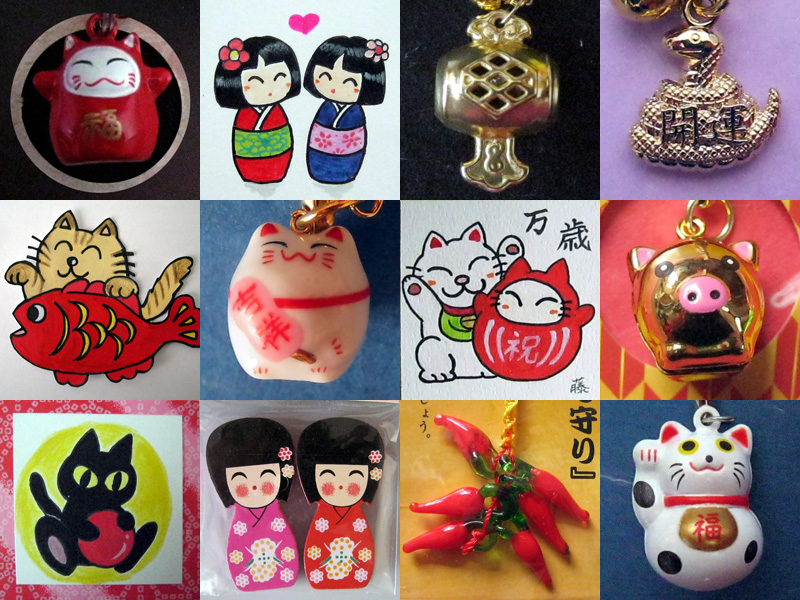 If you have questions about Japanese Talismans,
please feel free to e-mail us at: 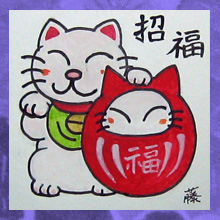 Go Back to HOME