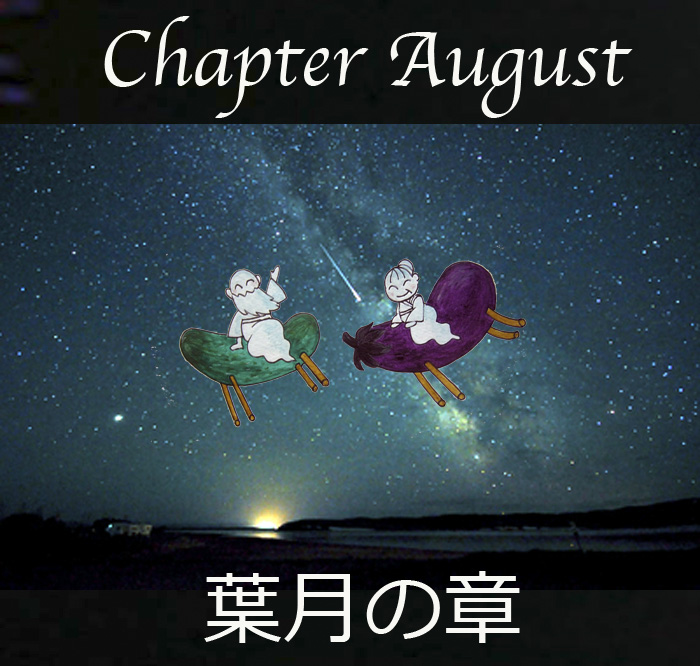 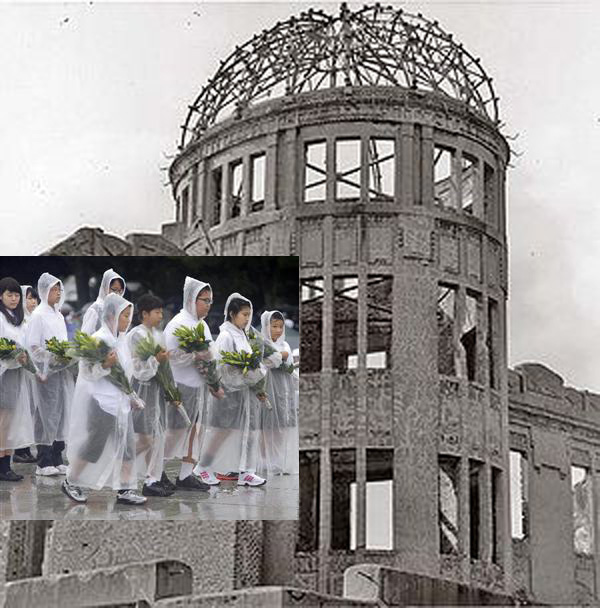 August 6th is Hiroshima Day, and August 9th is Nagasaki Day.
People participate the memorial ceremonies to pray for the peaceful repose of

the victims of the atomic bombings. 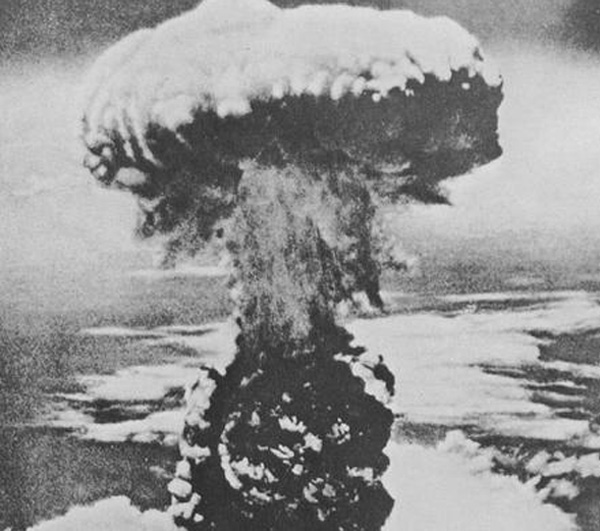 the island of Tinian for Hiroshima, Japan.

The blast wave shattered windows for a distance of ten miles

and was felt as far away as 37 miles. Hiroshima had disappeared under a thick,

churning foam of flames and smoke.

The co-pilot, Captain Robert Lewis, commented, "My God, what have we done?" 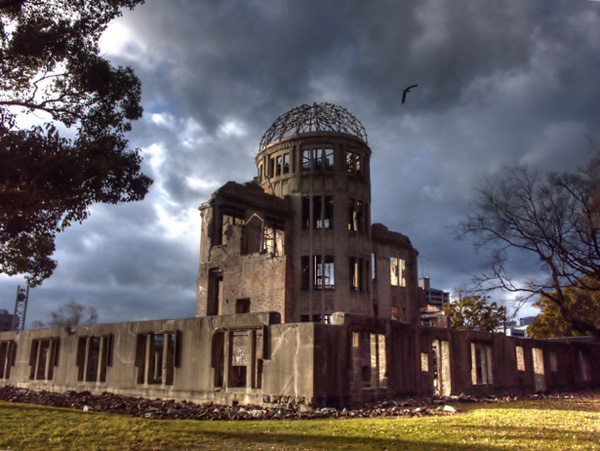 The primary target was the Kokura Arsenal, but upon reaching the target, they found that it was covered by a heavy ground haze and smoke and were unable drop the bomb.

The pilot, Major Charles Sweeney, turned to the secondary target of

the Mitsubishi Torpedo Plant at Nagasaki.

The bomb exploded at 11:02 a.m. over the narrow Urakami Valley northwest of downtown Nagasaki. 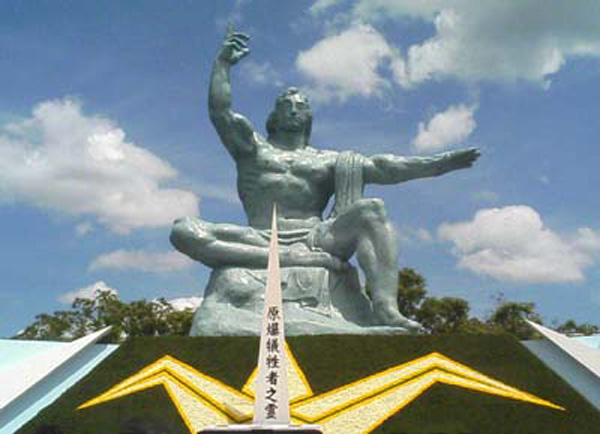 “A boy carrying his dead brother 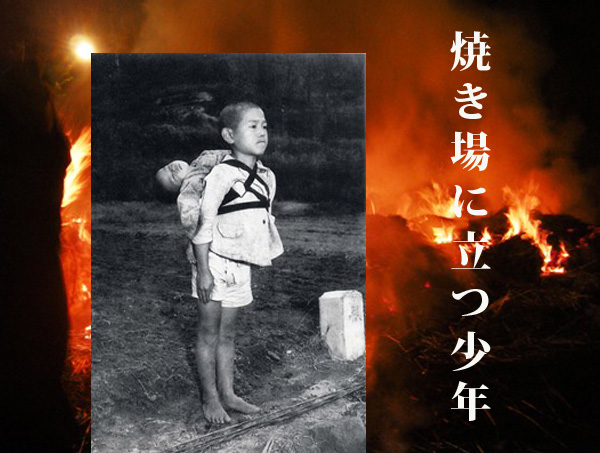 This picture was taken by Joe O’Donnell.

He was an American photographer who took pictures of the aftermath of the bombing and later became an outspoken critic of the atomic bombings.

He had a grudge against Japanese people as enemies but while taking pictures of the effects of bombing in Nagasaki, his hatred toward Japanese disappeared.
“The boy devoured the flame with his eyes while his little brother was cremated.

I noticed that the boy bit his lip strongly because his lip was stained wit blood.”

This picture tells us important things, which we should never forget. 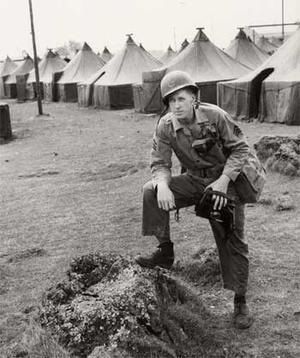 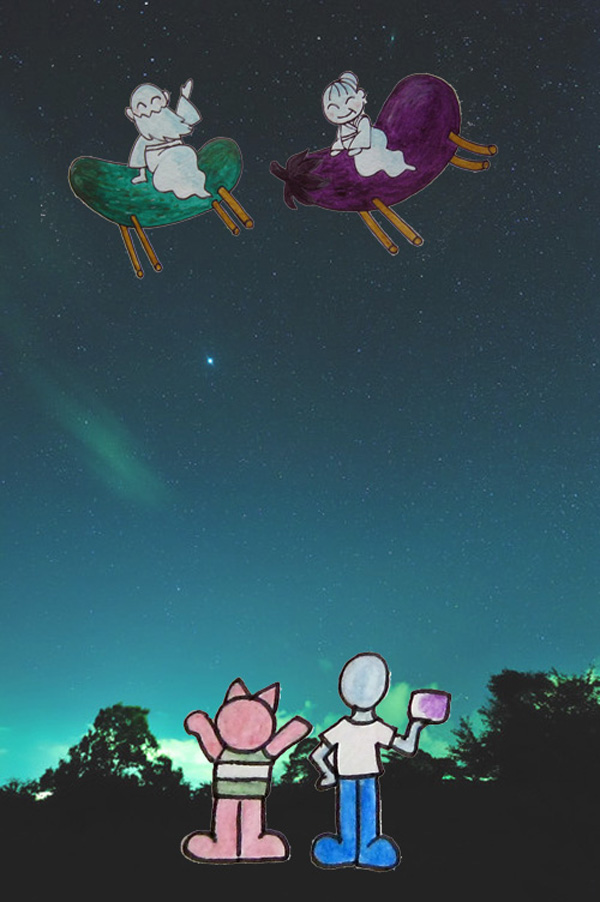 the living with the spirits of the dead.

During this season, people hold some traditional events to comfort

and entertain the spirits of their ancestors.

In some regions, people make Shoryo-uma (Horses of Spirits) with cucumbers, eggplants,

during Bon-season and go back to their world after the Bon season.
It is said that Shoryoma made of cucumbers

are horses and ones made of eggplants are bulls. 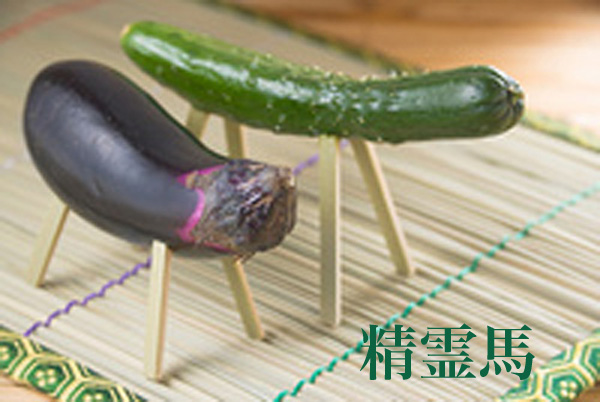 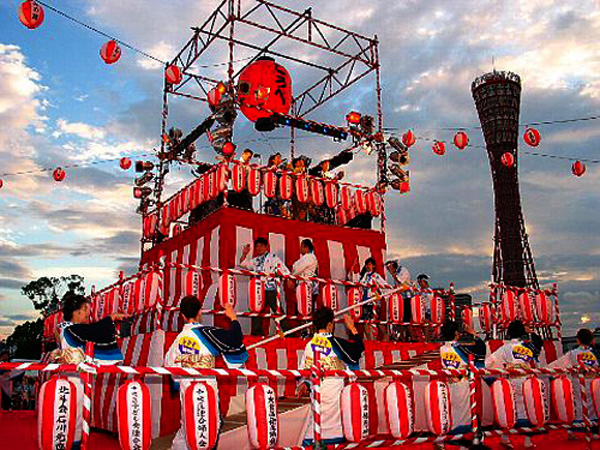 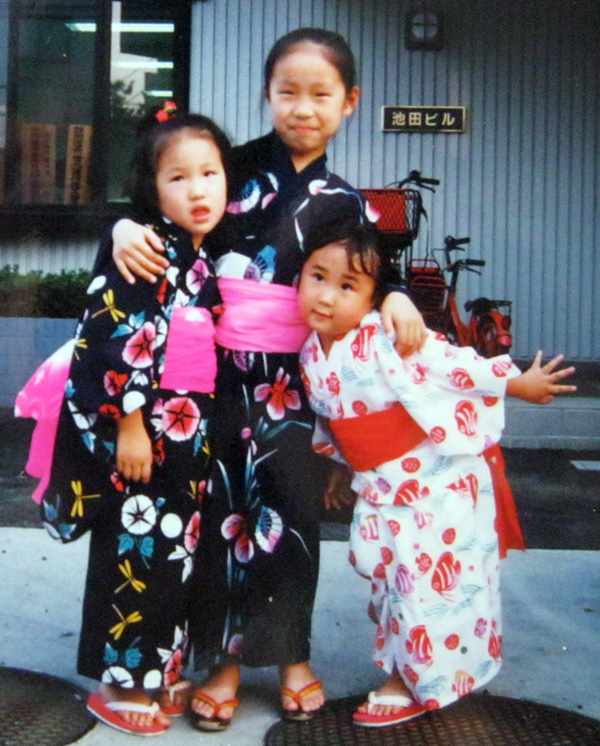 It is the culmination of the O-Bon festival on August 16,

in which five giant bonfires are lit on mountains surrounding the city.

It signifies the moment when the spirits of deceased family members,

who are said to visit this world during O-Bon, 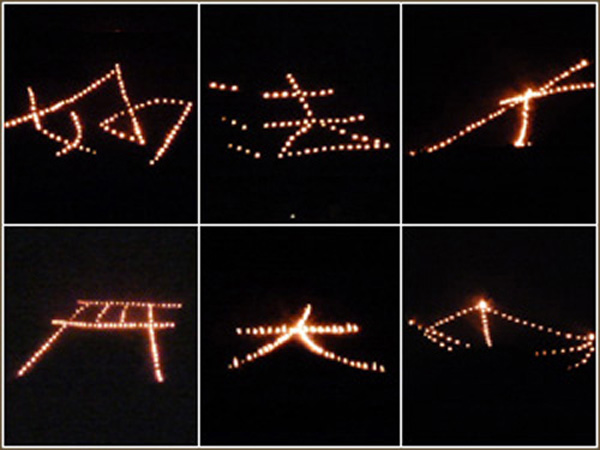 in various places in August. It is part of the Bon Festival.

During the event, the souls of the deceased are mourned and sent off. 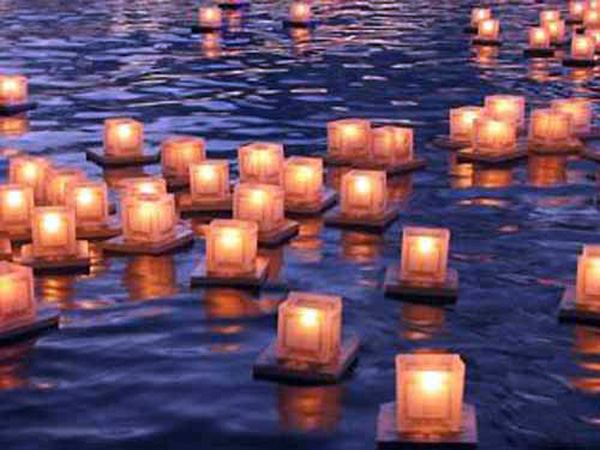 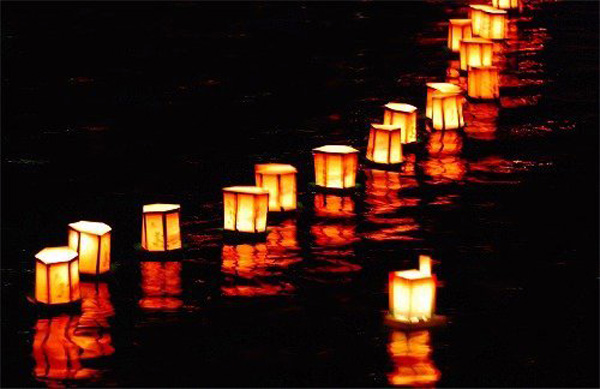 Kimo-dameshi
Kimo-dameshi : It is said that many people can see ghosts at cemeteries

during Bon-season, so some young people visit cemeteries at night to test their courage.

This type of event is usually called, “Kimo-dameshi” 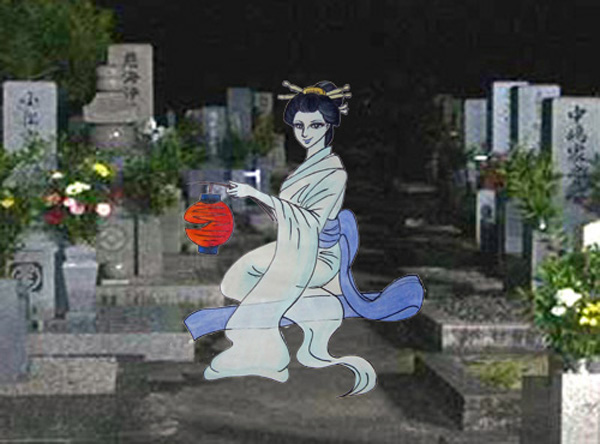 some questions about this page,
please feel free to contact us at:
redraigsince2002@hotmail.co.uk 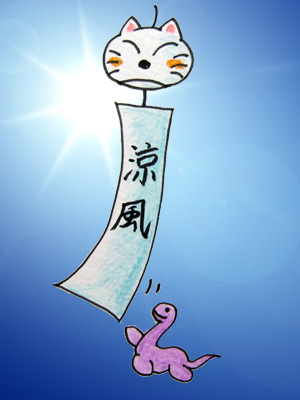