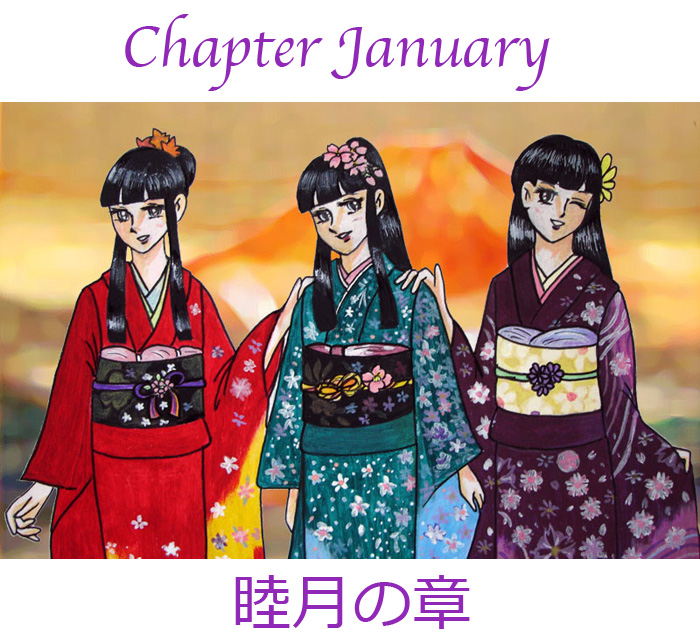 and eating the special dishes called
“Ozoni” and “Osechi meals”

New Year’s Day is a pleasant day for children, as they are given New Year’s presents called, “Otoshidama” by their parents and relatives.
“Otoshidama” can be described, “A New Year’s gif of Money”
The money is put in a small envelope called, “Pochibukuro”
Usually it is handed to the children in person

after they have said their New Year’s Greetings. 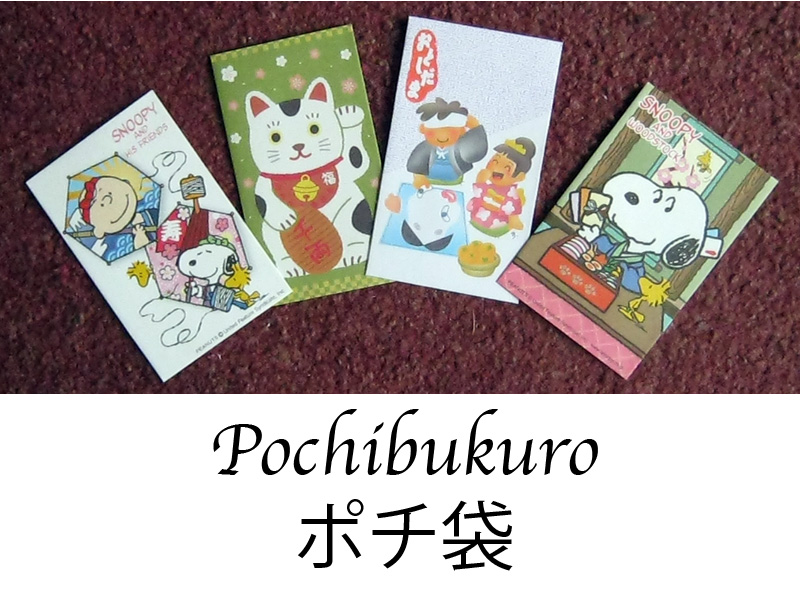 and pray for good luck and happiness for the year. 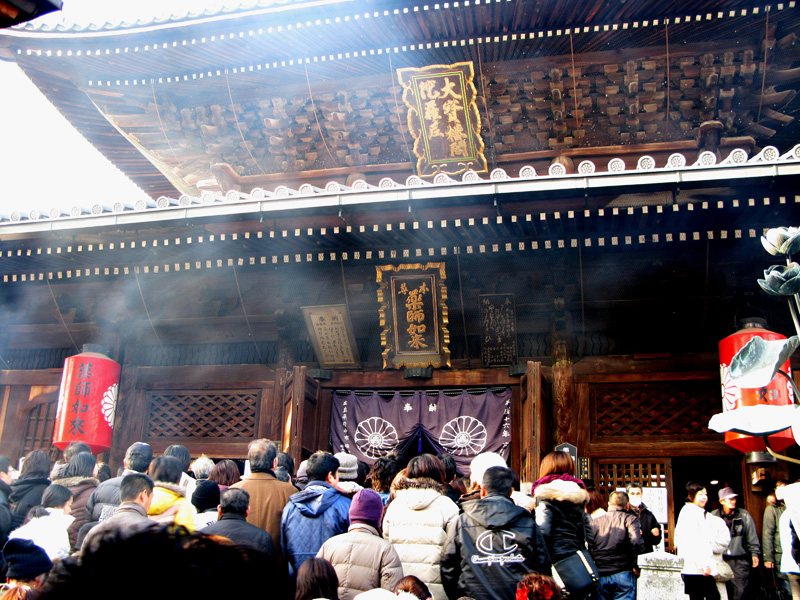 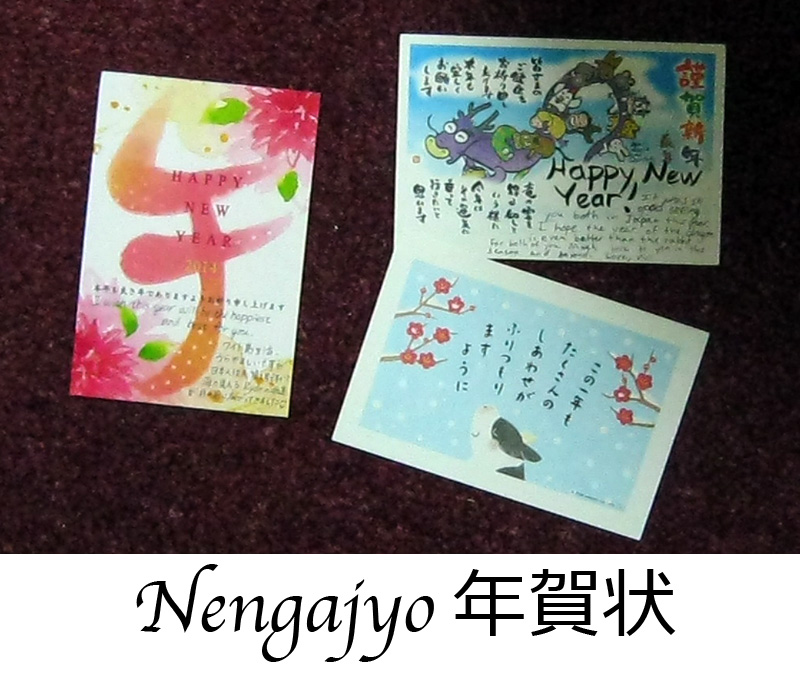 The second Monday of January is the Coming-of-Age Day, and one of the national holidays.
Every city or village holds a ceremony for 20-year-old people.
Young people are regarded as “adults”
after celebrating this day.
They are given the right to vote as citizens for the first time.

The ceremonies are generally held in the morning at local city offices throughout Japan.
Many women celebrate this day by wearing Furisode, a style of Kimono with long sleeves that hang down, and Zori sandals.
Men sometimes also wear traditional dress (e.g. dark kimono with Hakama),

such as a suit and tie more often than the traditional hakama.

After the ceremony, the young adults often celebrate in groups

by going to parties or going out drinking. 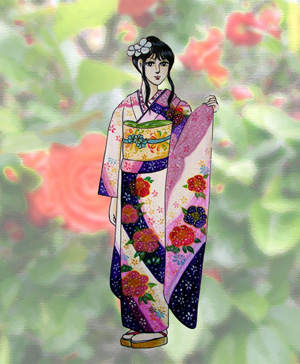