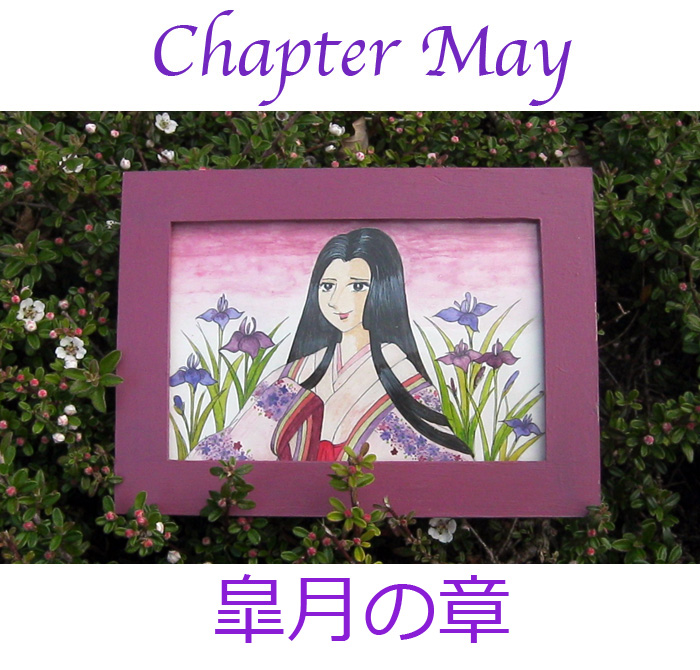 From the end of April to early May, Japanese people have some holidays.
These days are called “The Golden Week”
There are four National holidays during this period; these are Showa Day,

the Golden Week becomes the longest holiday period of the year. 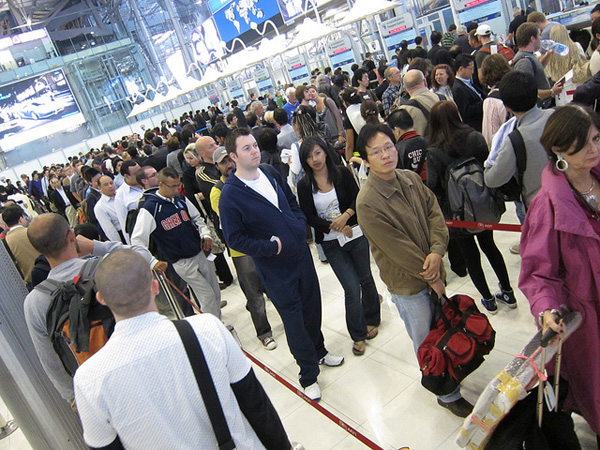 During the Golden week, many people go on a trip around the country or abroad

or return to their hometown to see their families,

are mainly full-seated during this period. 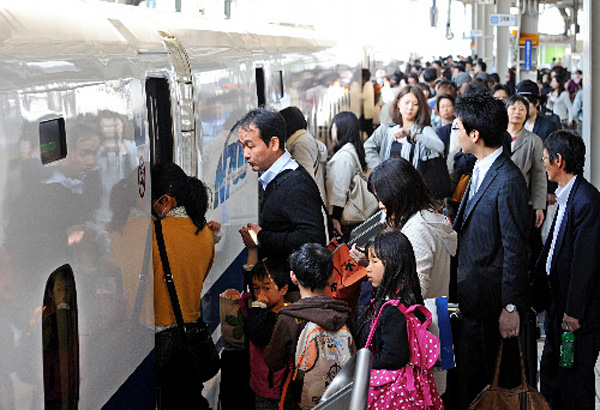 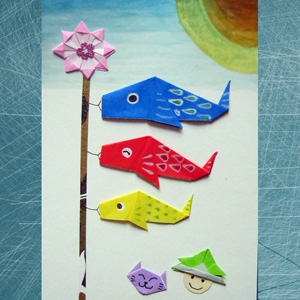 May 5th is the Children’s Day, one of National holidays.
Before, it was Boy’s Day Festival called, “Tango no Sekku”

“Koinobori” on a tall pole outside,

and display a set of warrior dolls indoors. 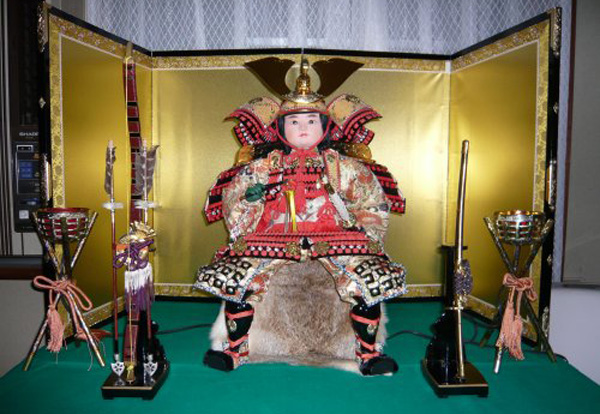 in the wind against blue sky is wonderful. 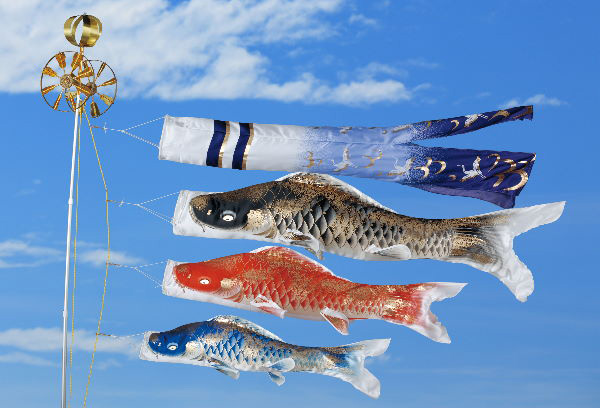 People eat “Chimaki” which are dumplings wrapped in bamboo leaves,

and “Kashiwamochi” which are sweet dumplings wrapped in oak leaves on this day. 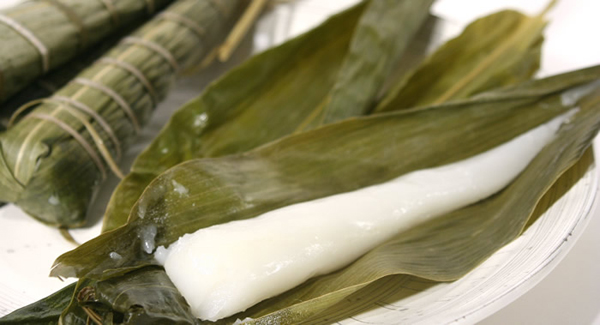 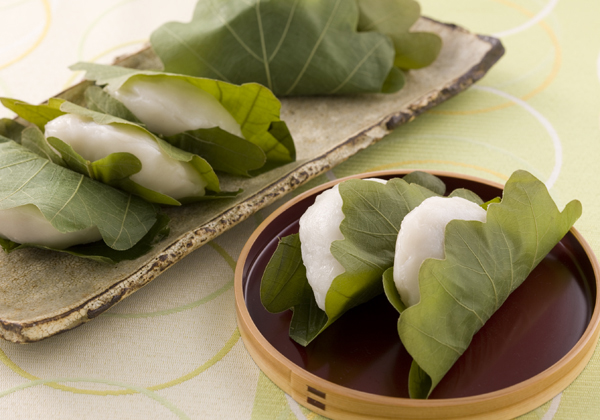 
At night of this day, many families put leaves of Japanese Iris flowers

onto the bathtub filled with hot water.
It is believed that Iris flowers have power to get rid of evil spirits from people,

are also called “Shoubu” in Japan. 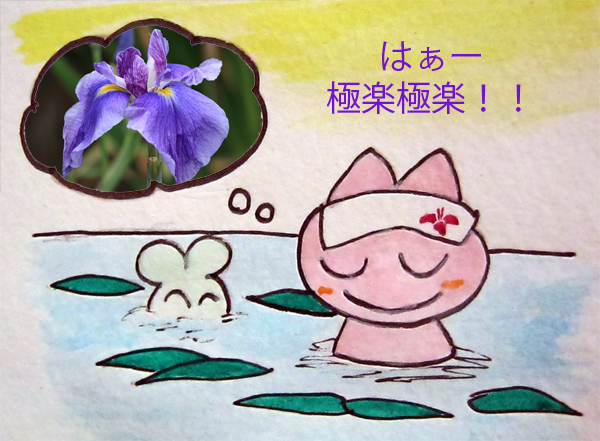 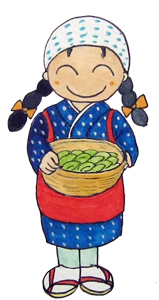 since the peak season of Chatsumi

(Picking of the young sprouts and leaves of Green Tea)
is the beginning of May.

and leaves, and this traditional style still continues in some regions

as cultural and artistic event. 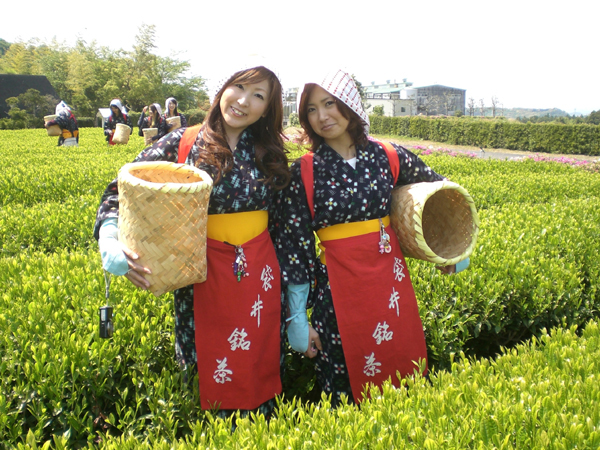 The second Sunday of May is Mother’s Day.
People give red carnations to their mother on this day. 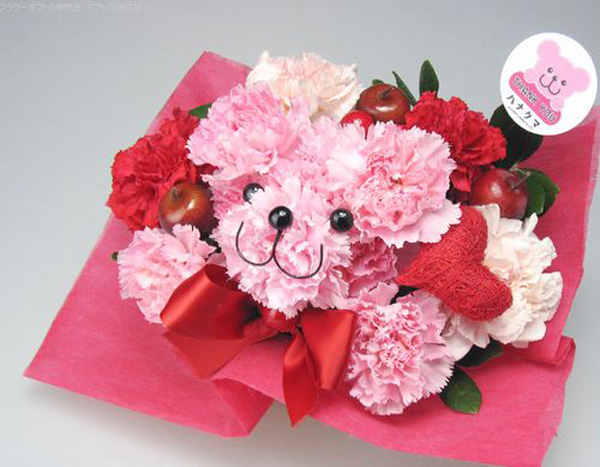 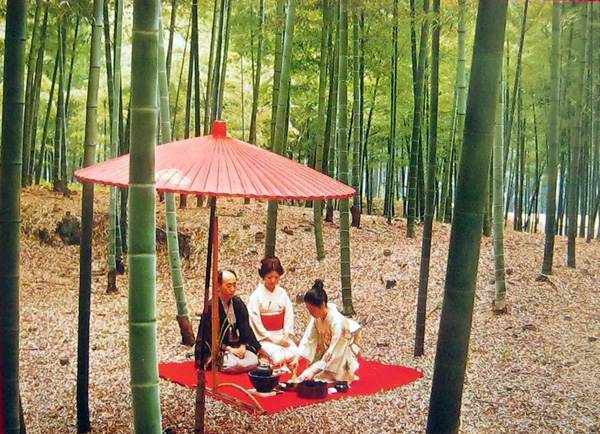 are held in many places of Japan.
People choose places where they can enjoy beautiful seasonal views

such as bamboo forests, traditional flower gardens, pinewood and so on. 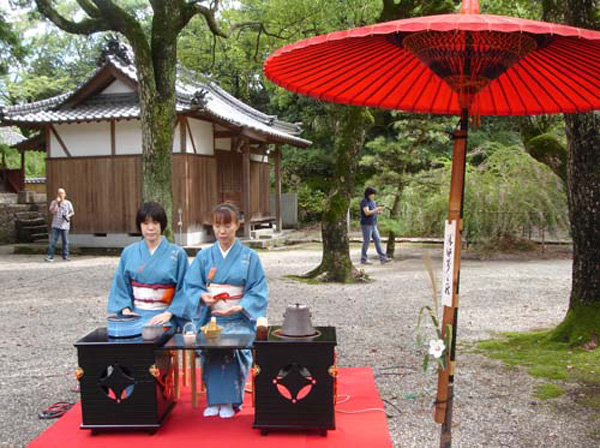 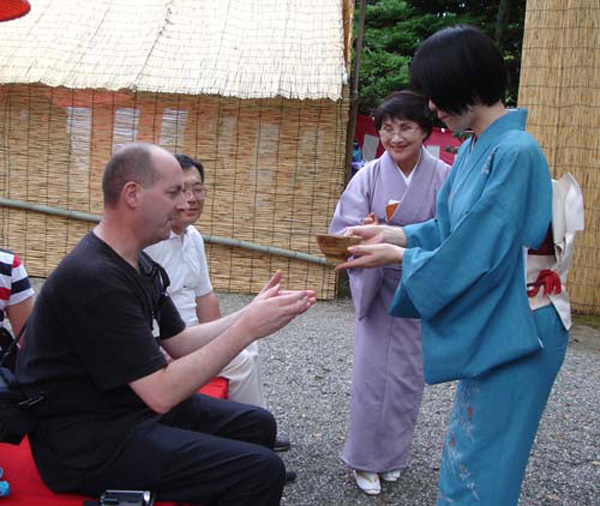 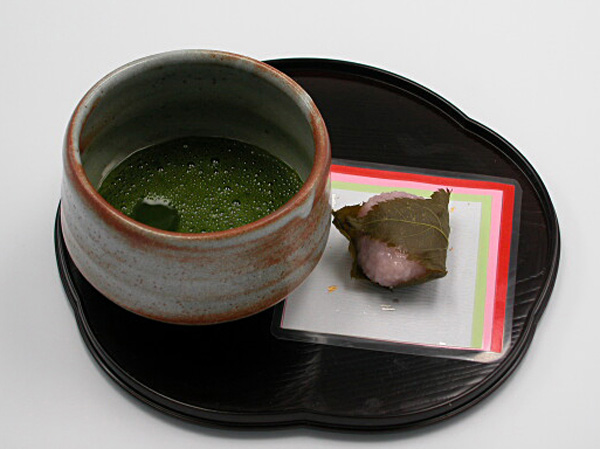 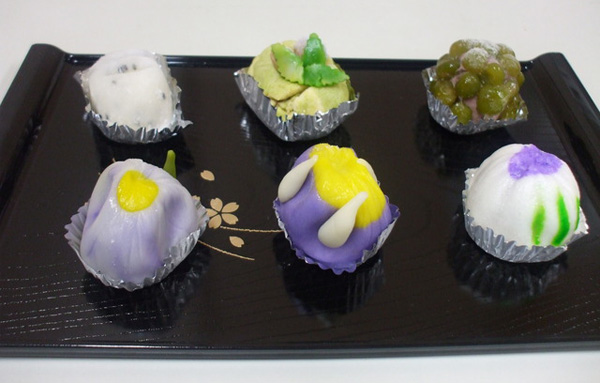 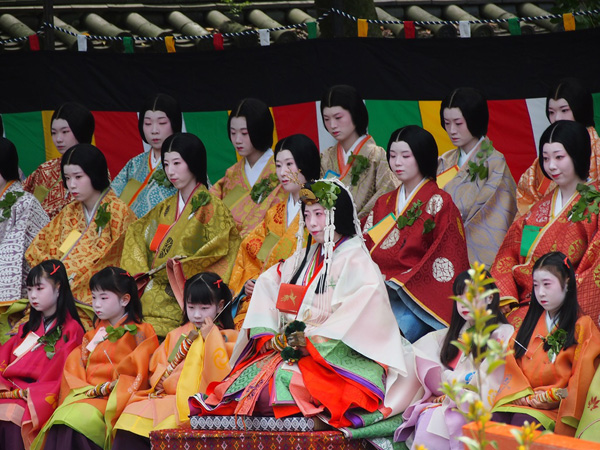 One of the three main annual festivals in Kyoto,

There are two parts to Aoi Matsuri: the procession and the shrine rites.
The procession is led by the Imperial Messenger.
Following the imperial messenger are: two oxcarts, four cows, thirty-six horses,

and six hundred people, all of which are dressed

The procession starts at 10:30 on May 15 and leaves the Kyoto Imperial Palace

and slowly works its way towards the Shimogamo shrine

and finally the Kamigamo shrine. 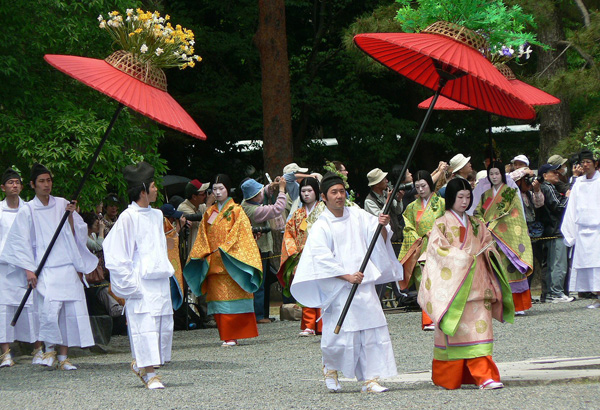 When they finally arrive at both shrines, the Saiō-Dai

and Imperial Messenger perform their rituals.

The Saiō-Dai simply pays her respects to the deities

and the Imperial Messenger intones the imperial rescript praising the deities

and requesting their continued favor.

There are two main figures in the Aoi Matsuri: the Saiō-Dai
and the Imperial Messenger.
The Saiō-Dai is a woman who is chosen from the sisters

and daughters of the Emperor to dedicate herself to the Shimogamo shrine. 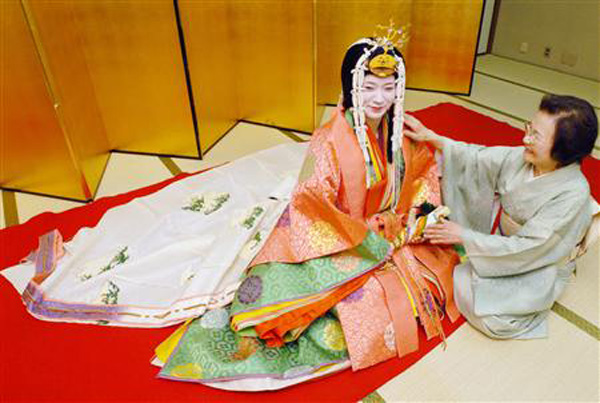 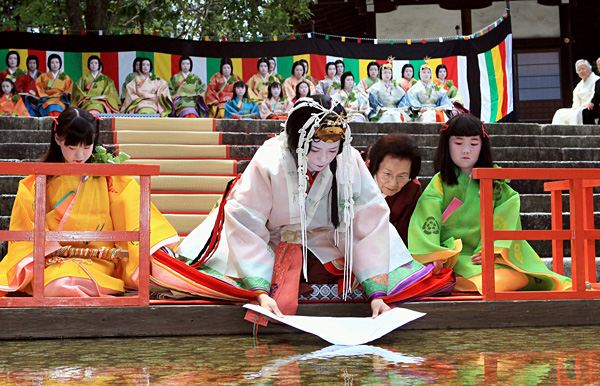 
The role of Saiō-Dai was to maintain ritual purity

and to represent the Emperor at the festival.
Now, the role of the Saiō-Dai is played by an unmarried woman in Kyoto.
She is dressed in the traditional style of the Heian court.
Traditional Heian court dress for women would be wearing several layers

before the procession of the festival. 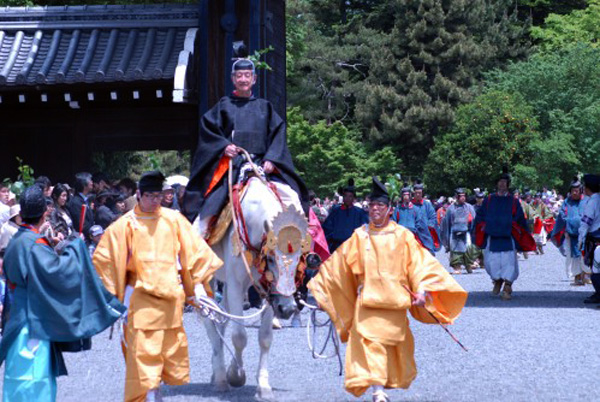 
The Imperial Messenger leads the festival procession on horseback.
During the Heian period he would be a Fifth-Rank courtier holding the office of middle or lesser captain and was usually a man destined for high office.
His role was to read the imperial rescript of the shrines

and present the emperor’s offerings.
During the Heian period, the Saiō-Dai and the Imperial messenger

would be accompanied by ten dancers and twelve musicians. 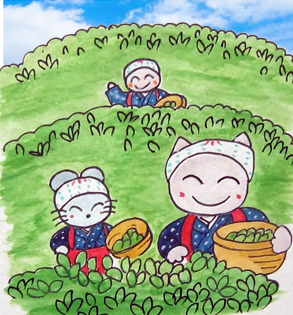