In London, there are a lot of entertaining spots for film lovers.

This time, the three cute Japanese Girls show you around interesting spots

such as Film Locations of Harry Potter & Bridget Jones's Diary,

the Square where you can see handprints of famous film stars etc.

is a major railway terminus opened in 1852.

The station is located on the edge of Central London.

King's Cross is featured in the Harry Potter books, by J. K. Rowling,

as the starting point of the Hogwarts Express.

through the brick wall barrier between platforms 9 and 10.

Harry Potter fans stop to photograph it or try to push

the rest of the luggage trolley through the wall. 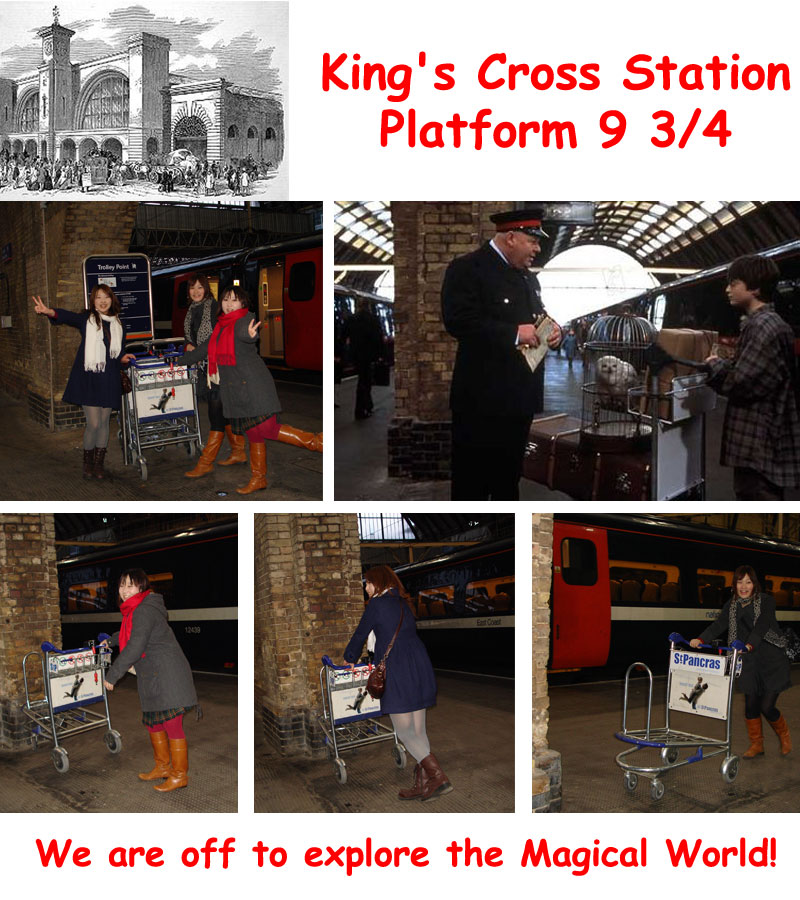 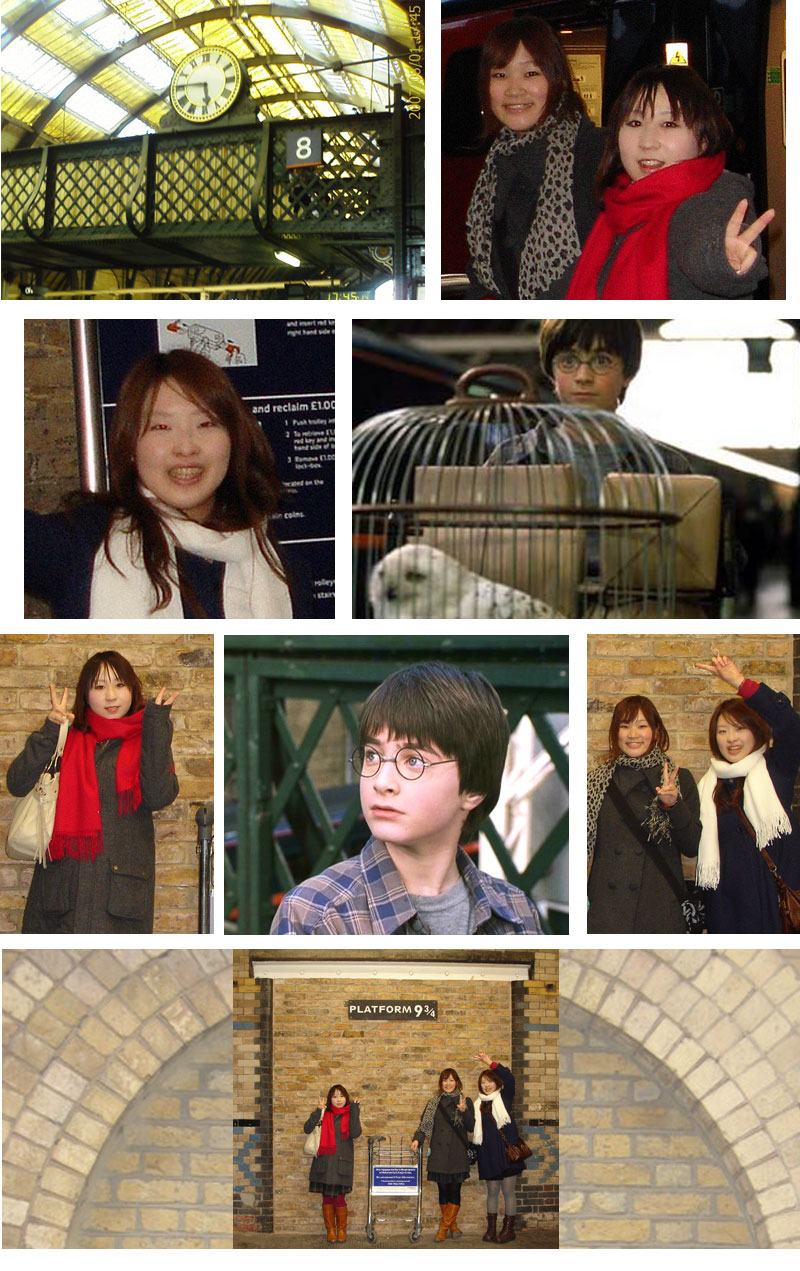 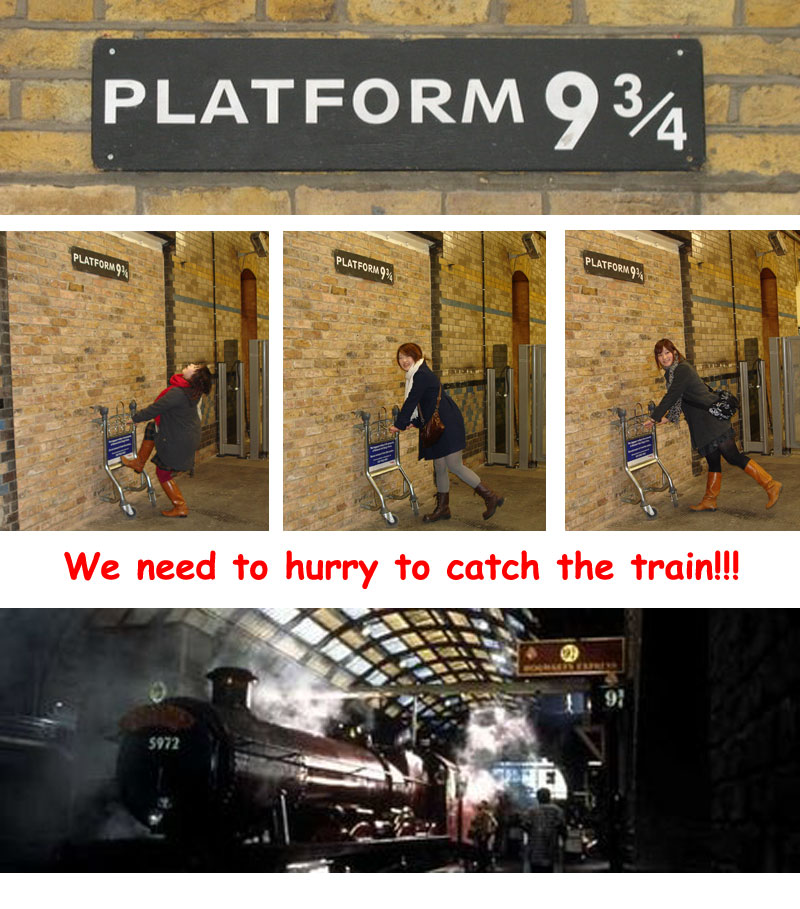 is a major railway station situated in

You can watch this historical appearance of the station in

Harry Potter: The Chamber of Secrets;

the scene Ron and Harry go back to Hogwarts by Ron’s father’s flying car. 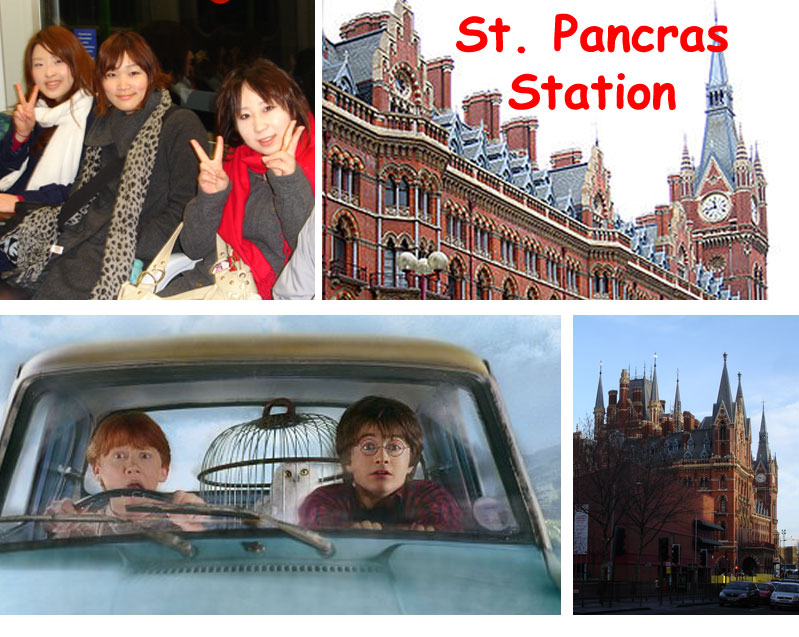 is a covered market in the City of London,

The market dates back to the fourteenth century.

and sells fresh food; among the vendors there are cheesemongers,

it stands on what was the centre of Roman London.

Walk down the south arm of the market.

On the right runs the tiny Bull’s Head Passage.

The Glace House. And if the entrance looks familiar,

it is because it is doorway of “The Leaky Cauldron”,

which contains the entrance to “Daigon Alley”

where Hagrid takes Harry to buy his wizard supplies

in Harry Potter and the Philosopher’s Stone. 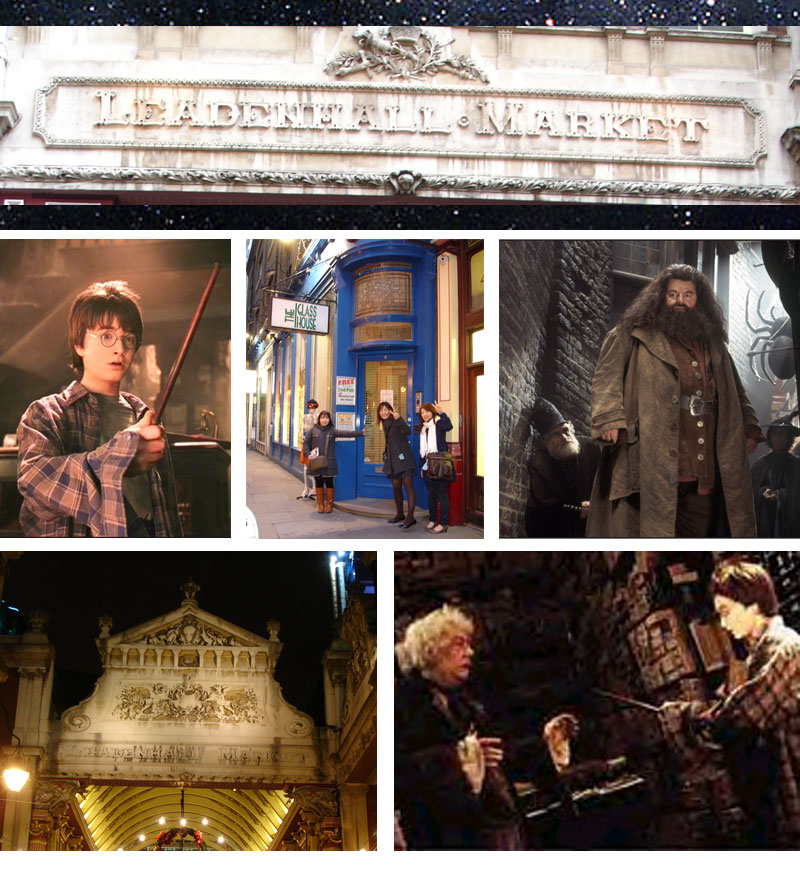 Southwark, or the Borough

, is an area of south-east London

in the London Borough of Southwark.

This area must be familiar to fans of the film, “Bridget Jones’s Diary”

since this place is Bridget’s living and walking area. 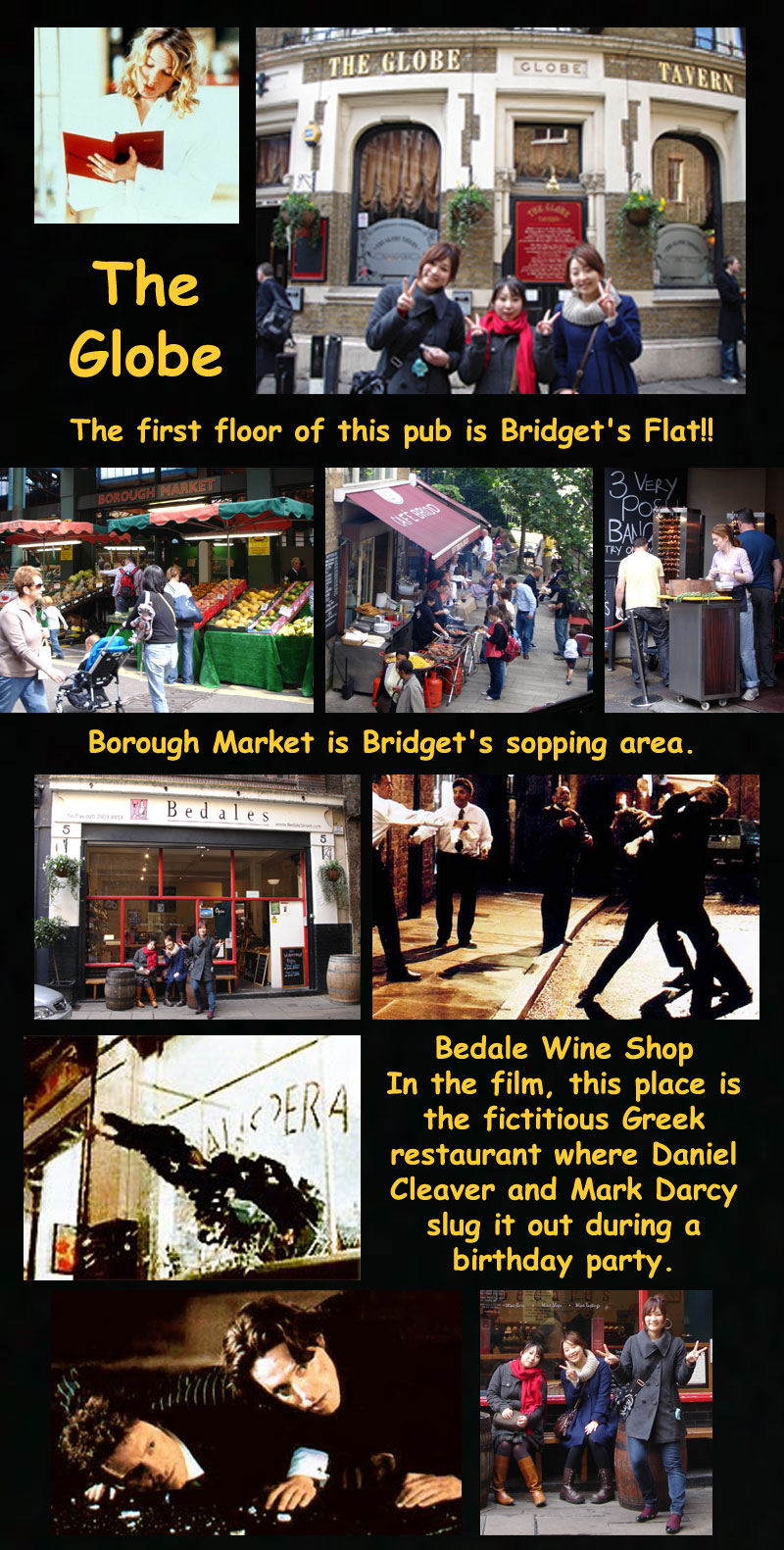 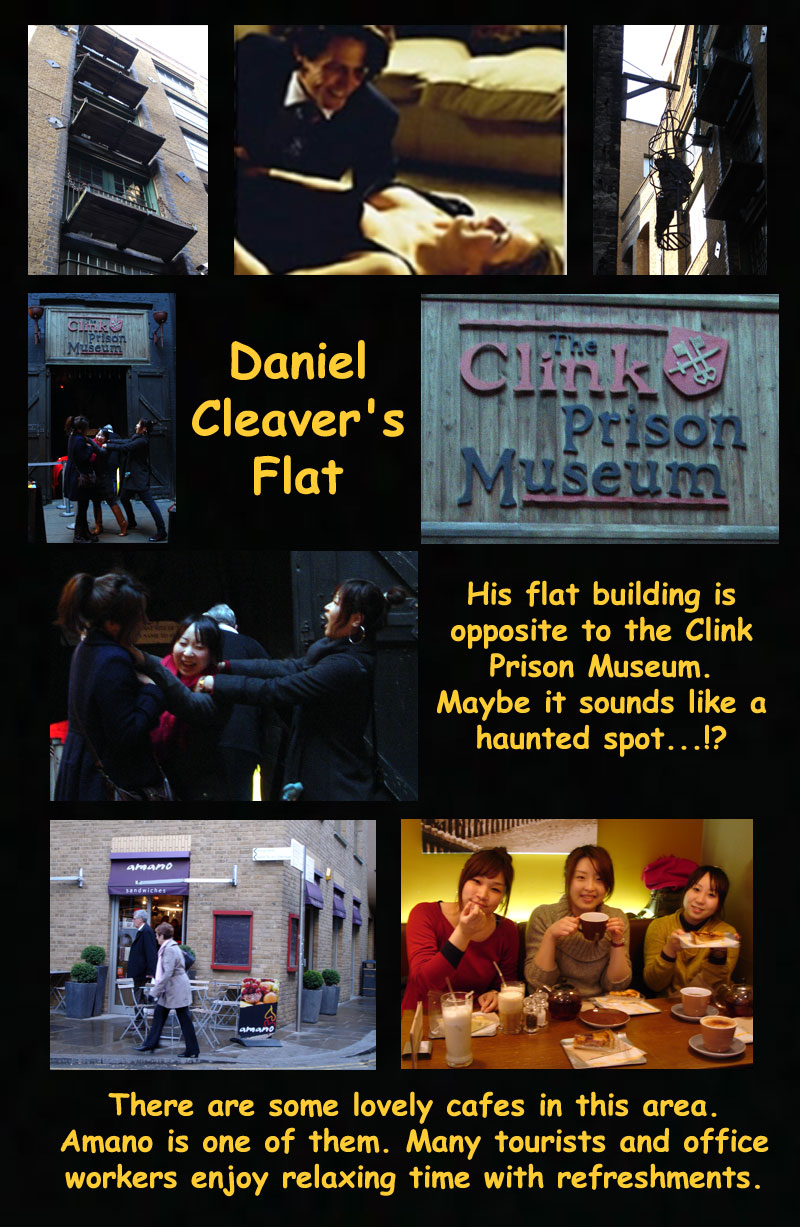 is a pedestrianised square in the West End of London.

In the middle of the Square is a small park, in the centre of

which is a 19th century statue of William Shakespeare surrounded by dolphins.

The four corner gates of the park have one bust each,

the first President of the Royal Academy; John Hunter,

a pioneer of surgery;

and William Hogarth, the painter.

The most recent addition is a statue of film star

On the pavement are inscribed the distances

in miles to countries of the former British Empire.